Our latest interview is with the US-born, Edinburgh-based novelist Todd McEwen, the author of five highly acclaimed novels including Who Sleeps With Katz, which was first published in 2003 and re-released this year by CB Editions.

Todd was a writer-in-residence here in 1997, before returning with his wife Lucy Ellmann in 2010 to live in Stromness for a year. He wrote of the village at that time: “Stromness is on the water, and darkness comes early; nevertheless it is a town of warmth and generosity. It’s unusual to walk through the high street in the early dark and not meet someone you know…” We concur.

Todd spoke to us about his time on the island, the books he presses into other people’s hands, and the writers who have most influenced his own work.

What brought you to Orkney – and did you make it into Stromness Books & Prints while you were here?

Todd McEwen: I first visited Orkney to see my friend Duncan McLean, who at the time was doing some work in Stromness Books & Prints. So I met Tam [MacPhail] right away. He and I are from almost the exact same place in California, which was sort of amusing as he didn’t like talking about it, and I don’t blame him. Duncan also introduced me to Alistair Peebles, which led to my being given a writer’s residency in 1997. I taught at Stromness Academy and also at KGS, and ran some classes at the Stromness Library. Quite a bit later my wife Lucy and I stayed in Stromness for a year, as a decompression from a disastrous three years of university teaching. It was about as far from the south of England as we could get, and it was delicious. Salubrious too.

What book, or books, were you working on while you lived in Stromness?

When we were there in 2010 and 2011 I was writing a short book called The Five Simple Machines, which Charles Boyle published in 2013 (CB Editions). People seem to think it’s about sex, but it’s really about how horrible and stupid men are. Or, maybe that’s the same thing. 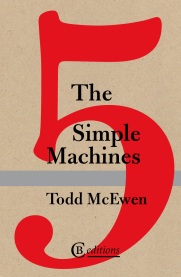 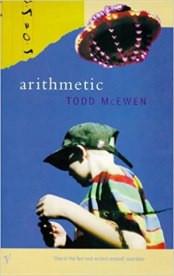 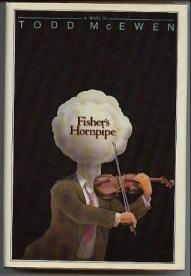 Maybe. CB Editions have also just reissued your 2003 novel Who Sleeps With Katz; it follows a man diagnosed with a terminal illness as he walks the streets of New York to meet a friend. I’ve seen it described as “Joycean” – do you agree with that? What other authors would you cite as influences?

People can mean quite a few different things when they use the word ‘Joycean’. Do they mean it’s too long? That they think they can’t understand it? That they don’t want to understand it? But as there’s a guy and he’s wandering around his city and distilling its essence for himself, it’s Joycean, though the same techniques are to be found way, way back, and also in some other modern novels like Döblin’s Berlin Alexanderplatz and Bély’s Petersburg. Joyce was a big influence on me, but in fact I think the writer who most affected me is Samuel Beckett. I thought no advance on Beckett’s narrative achievements could be made until I encountered the novels of Thomas Bernhard. So I was wrong and I still love them both.

What book do you most often give as a gift?

When I can find copies of them I have given Nize Baby by Milt Gross, Sarah Orne Jewett’s The Country of the Pointed Firs, Woodcutters by Thomas Bernhard and Kabloona by Gontran de Poncins. Otherwise I tend to give blankets or a tea pot. 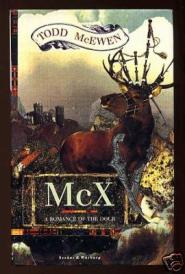 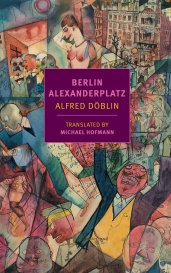 Are you a monogamous or a promiscuous reader? Do you read one-book-at-a-time, or skip from text to text according to whim?

Usually I read one book at a time, but since the pandemic began I have become a little ragged, so I realised last weekend that I had about eight things half-read, and determined to put a stop to it. One of the things that was bothering me most was a truly enormous biography of A.S.W. Rosenbach, the pre-eminent antiquarian book dealer of the twentieth century. He was quite a character, but you had to read so many pages of his triumphs at auctions before he’d misbehave, it was a little wearing. It’s a good book though. He bought the manuscript of Alice in Wonderland in the 1930s and Alice Liddell personally came to his shop to sign a copy of the book – something she almost always refused to do.

What authors are you most excited about at the moment?

I was very pleased to discover Laurent Binet, who wrote HHhH and The Seventh Function of Language. I’ve just started reading Olga Tokarczuk’s Flights and am reading some older books by Jean Giono, a writer of Provence whom I like very much.

Do you tend to read more fiction or nonfiction?

Fiction and poetry, but I do read a lot of history of publishing, belles lettres and quite a few books on cinema.

Are you working on a new book at present?

Yes. It is made up of many books. Some are fiction and some aren’t.

Todd McEwen was born in California, educated in New York and came to live in Scotland in 1980. (He thought he was escaping the Swamp Thing Reagan but found himself in the Grimpen Mire of Thatcher.) His novels are Fisher’s Hornpipe, McX: A Romance of the Dour, Arithmetic, Who Sleeps with Katz and The Five Simple Machines. Having lived in Perthshire, Aberdeen and Orkney he unfortunately chose to remain in Edinburgh, which has now been downgraded as a city and is officially only a derelict funfair.

The 2020 edition of Who Sleeps With Katz is out now.

1 GRAHAM PLACE, STROMNESS, ORKNEY, SCOTLAND 01856850565 Open Tuesday to Saturday 2 -6pm. If we are not open you can ask the neighbours at No.3 above the bookshop who will be happy to let you in anytime.
Loading Comments...
%d bloggers like this: