This week we’ve caught the novelist Lucy Ellmann fresh from her James Tait Black Prize win. Ellmann took the £10,000 prize for her latest novel, Ducks, Newburyport. Born in the USA, Lucy has spent most of her life in the UK, and now lives in Edinburgh.

Welcome Lucy, I understand you lived in Stromness for a time, some years ago. What brought you to Orkney, and what do you recall most fondly about your time here?

I had visited Orkney a few times on my own. I was fascinated by the look of the landscape. But we got to know it better when my husband Todd [McEwen] had a three-month writer’s residency in Stromness in 1997, just after we got married.

Later on, we taught Creative Writing at a university in England for a few years. But we got so fed up with the standard academic approach to the subject (almost criminal, in my opinion), our tiny ‘part-time’ salaries, our tiny cold damp house, and the lack of any opportunity to pursue our own writing, that one day we upped and quit. Quitting is one of life’s true pleasures, no?

Wanting to get far away, we contacted friends in Orkney who helped us find a place to stay in Stromness and, equipped with our leaving presents (two hot water bottles), we spent the next ten months in Stromness – writing, seeing friends, trying to make log fires, and doing repairs on our sanity.

What I loved most? Walking out of town and along the coastal path every day after work. It felt very safe, walking in Orkney. Things seemed startlingly calm. And real. And the long winter, and short winter days. There were episodes of thick snow that year – exciting and beautiful. I liked the sense of community, our little overgrown garden hidden away, the Stromness chippy (fish and chips every Wednesday), and dear Bubbles, the library cat.

The person we saw most during this period, very rewardingly so, was Tam Macphail. Many a dram at our kitchen table. Our visits to his magically expansive Stromness Books and Prints were frequent too – we must have bought a book a week at least.

What book, or books, were you working on while you lived here?

I had a perfect writing set-up in the house we rented in Melvin Place: a serene and comfortable 1st-floor room, with a narrow view of water and, all-importantly, an en suite loo. I never wrote a book so fast! This was where I completed Mimi, a middle-aged love story set in New York City. It was essentially a reaction to violence against women, and violence in general, which I consider patriarchal terrorism. The book makes the (undeniable) case for female supremacy.

Whose writing influenced the writing of Ducks, Newburyport – are you able to say?

My perpetual literary influences are Jane Austen and Thomas Bernhard. Rage is detectable in both. Not an overt rage, as in Dickens or Orwell, just free-floating fury, closely allied to wit. Rage is creative fuel.

Padgett Powell’s The Interrogative Mood, freed me up about form. As did Primo Levi’s The Periodic Table, years ago. Buried deep, as I haven’t read it for decades, was Joyce’s Ulysses too.

I made much use of my wonderful mother-in-law’s genealogical study of her relatives in Ohio. It gave me a rich sense of Ohio I otherwise wouldn’t have had, having never been there.

I’ve also been much affected over the years by the work of the archaeologist Marija Gimbutas, who conducted a vast survey of what she asserted were remnants of prehistoric female-centred cultures throughout Northern Europe. Much of Native American society was originally matriarchal too, I suspect: the Indian mounds of Ohio, like Maes Howe, are very womblike.

The idea that patriarchy has not always held sway is one of the few things that give me hope. 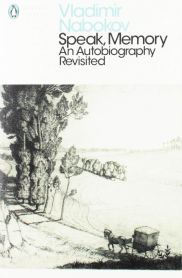 What books are on your bedside table right now?

When Covid started and terror descended, I rushed to Proust. Having put him off for far too long, I didn’t want to die without having read him. I like him a lot, but Walt Whitman has been the greatest revelation emanating from the plague. I had no idea what a delight he is, and how kind. He feels for every single thing on earth, living or dead. He makes you feel alive and embraced: it is positivity of the highest order. (Negativity is usually more my thing.)

I’m also reading Nabokov’s dazzling Speak, Memory. How well he puts things! Such as his father being regularly thrown up in the air by the local serfs, to demonstrate their gratitude; or his mother’s wariness of the ‘lack of privacy’ in the afterlife. Nabokov was clearly too smart to need psychologists to explain the psyche to him, and amusingly dismisses the ‘fundamentally medieval world of Freud, with its…bitter little embryos, spying, from their natural nooks, upon the love lives of their parents.’ He certainly wouldn’t have put up with dream analysis. He hates sleep: ‘I simply cannot get used to the nightly betrayal of reason, humanity, genius.’ (Sounds like life in the Trump era.) What he cares about is the conscious mind. ‘How small the cosmos (a kangaroo’s pouch would hold it), how paltry and puny in comparison to human consciousness.’ I like that.

I’ve heard that you don’t tend to read contemporary fiction. Have you made any exceptions recently?

My friend Leila Aboulela’s latest novel Bird Summons (W&N, £8.99) is her most ambitious yet. As three women embark on a flabbergasting trip into the Scottish Highlands, the story sinuously shifts from realism to myth to madness, with acrobatic ease. A masterpiece: humane, penetrating, and full of beauty. Funny too!

Do you have a favourite book about Orkney, or by an Orcadian author?

Great writers turn up there. Though there’s no Chelsea Hotel or Café Flore, it’s still a good place to write. Duncan McLean’s work is always spectacular. John Aberdein can be killingly funny. Alison Flett’s a genius, her poetry inventive, witty and heroic. And I liked Luke Sutherland’s picaresque 2004 novel, Venus as a Boy, which touches on his own childhood in Orkney. (I wish he’d write more!)

The visual arts in Orkney are particularly vibrant: the presence of the Pier Arts Centre may act as a motor for serious work. I’m very keen on Gunnie Moberg’s photographs, Matilda Tumim’s lively paintings and sewn pieces, and the tapestries of Carol Dunbar.

Can we look forward to a new Lucy Ellmann book in the near future?

I’m preparing a set of essays called Three Strikes. The title is an homage to Virginia Woolf’s Three Guineas – I’m very taken with her nonfiction. I was going to call my collection Things are Against Us (which is true) but it seems too bleak. I want to shift some books here!

Lucy Ellmann’s spectacular stream-of-consciousness novel Ducks, Newburyport won the 2020 James Tait Black Memorial Prize and the 2019 Goldsmith’s Prize, and was also shortlisted for the Booker, Saltire and Orwell Prizes.
Her previous novels include Mimi, Doctors & Nurses, Dot in the Universe and Sweet Desserts.